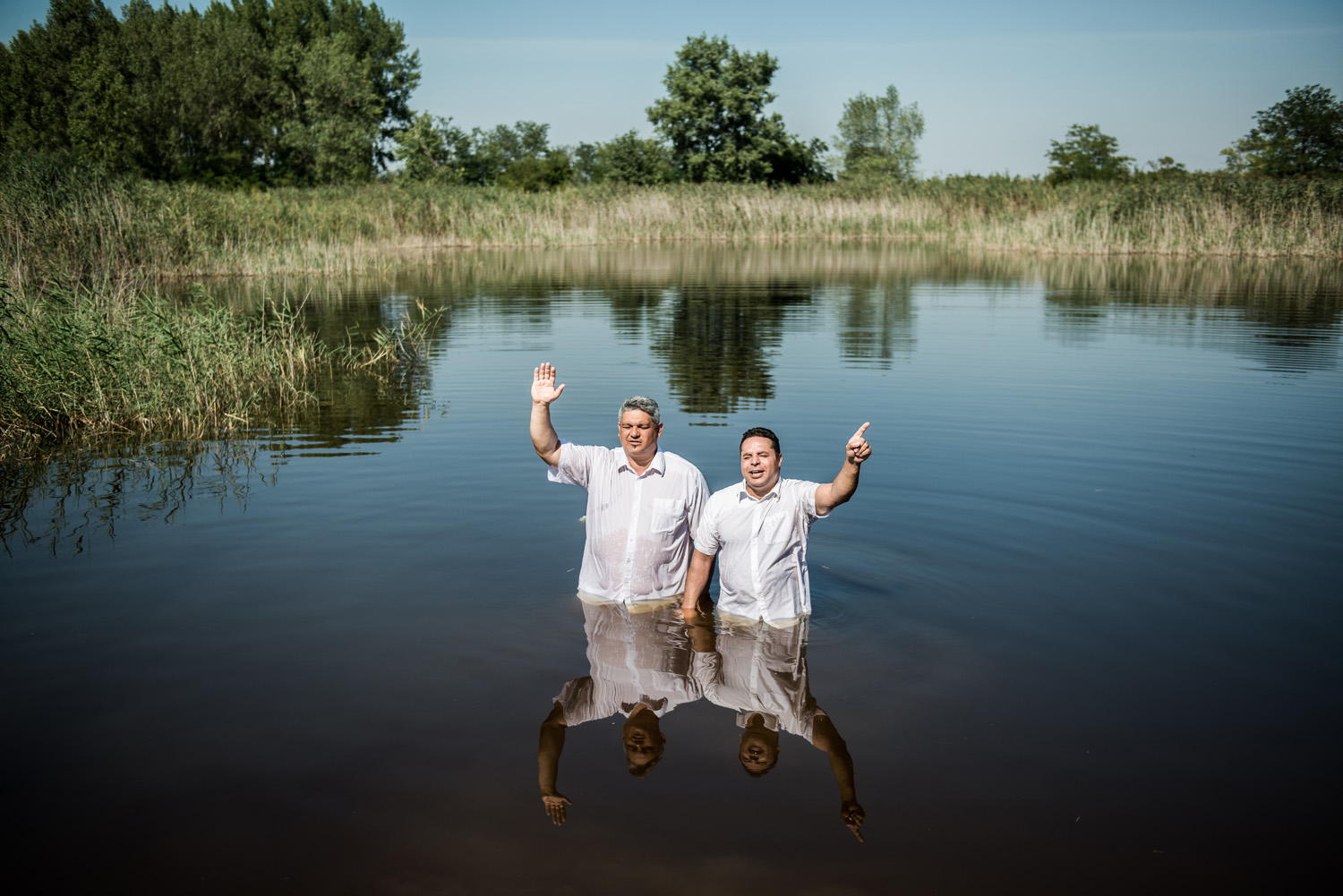 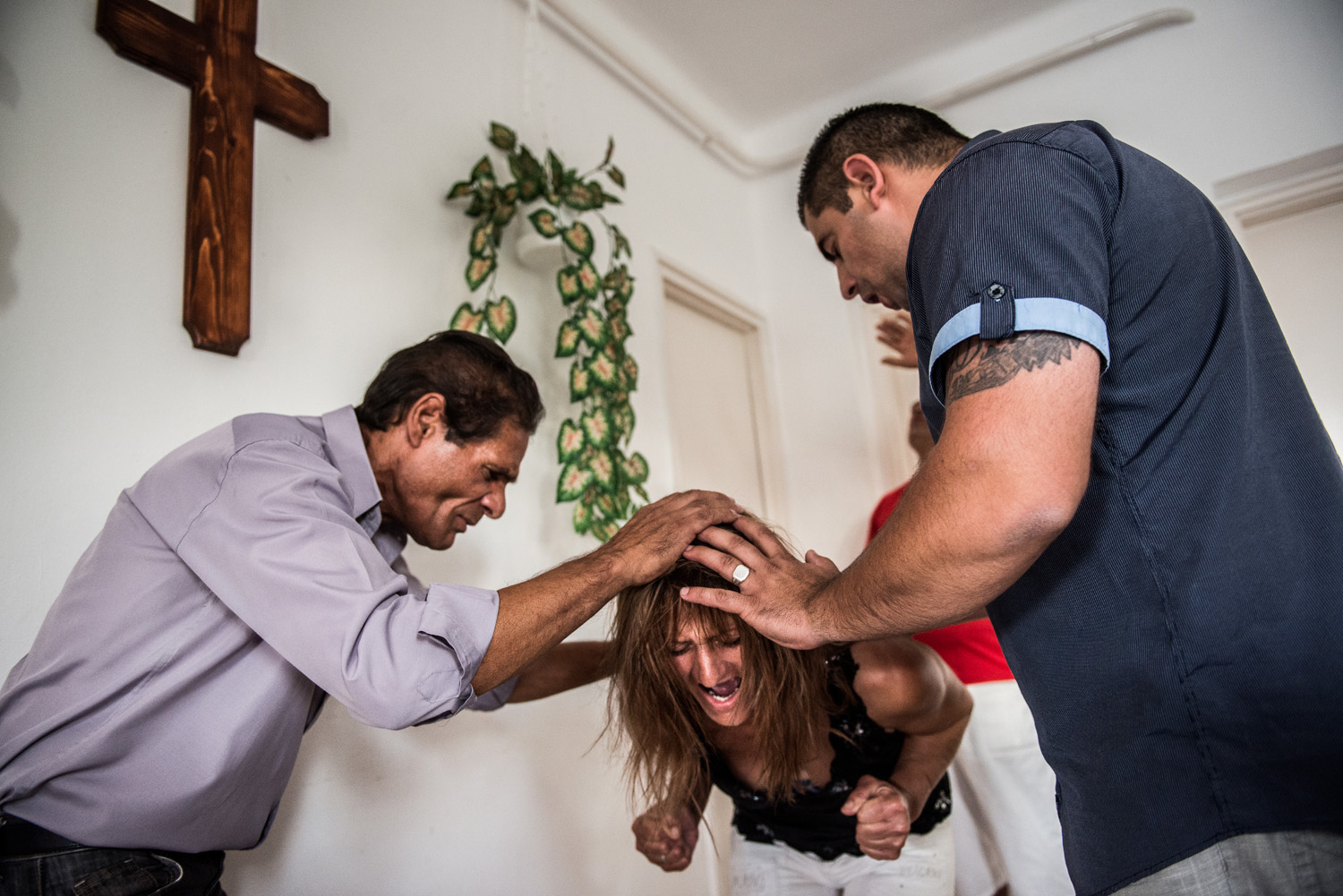 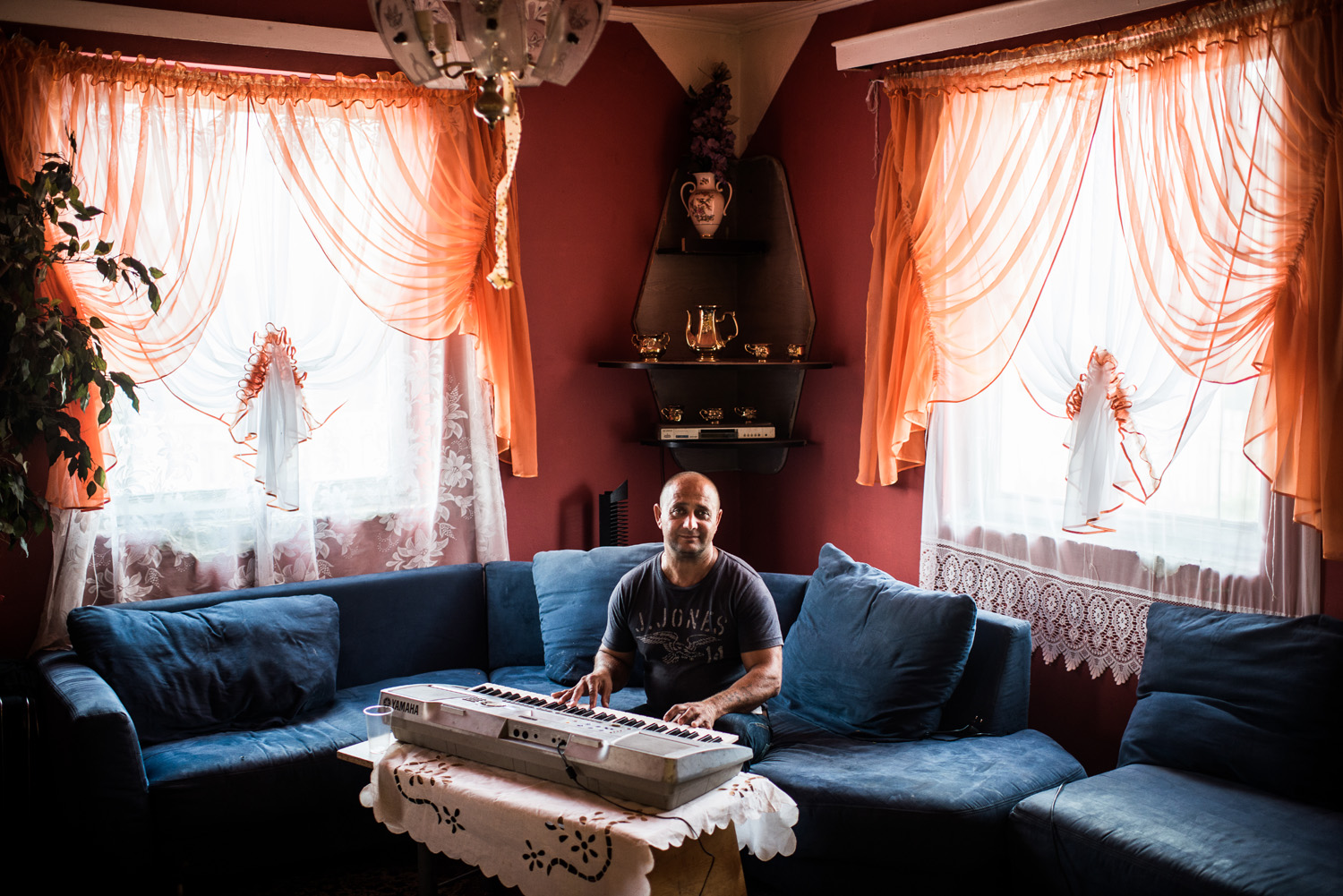 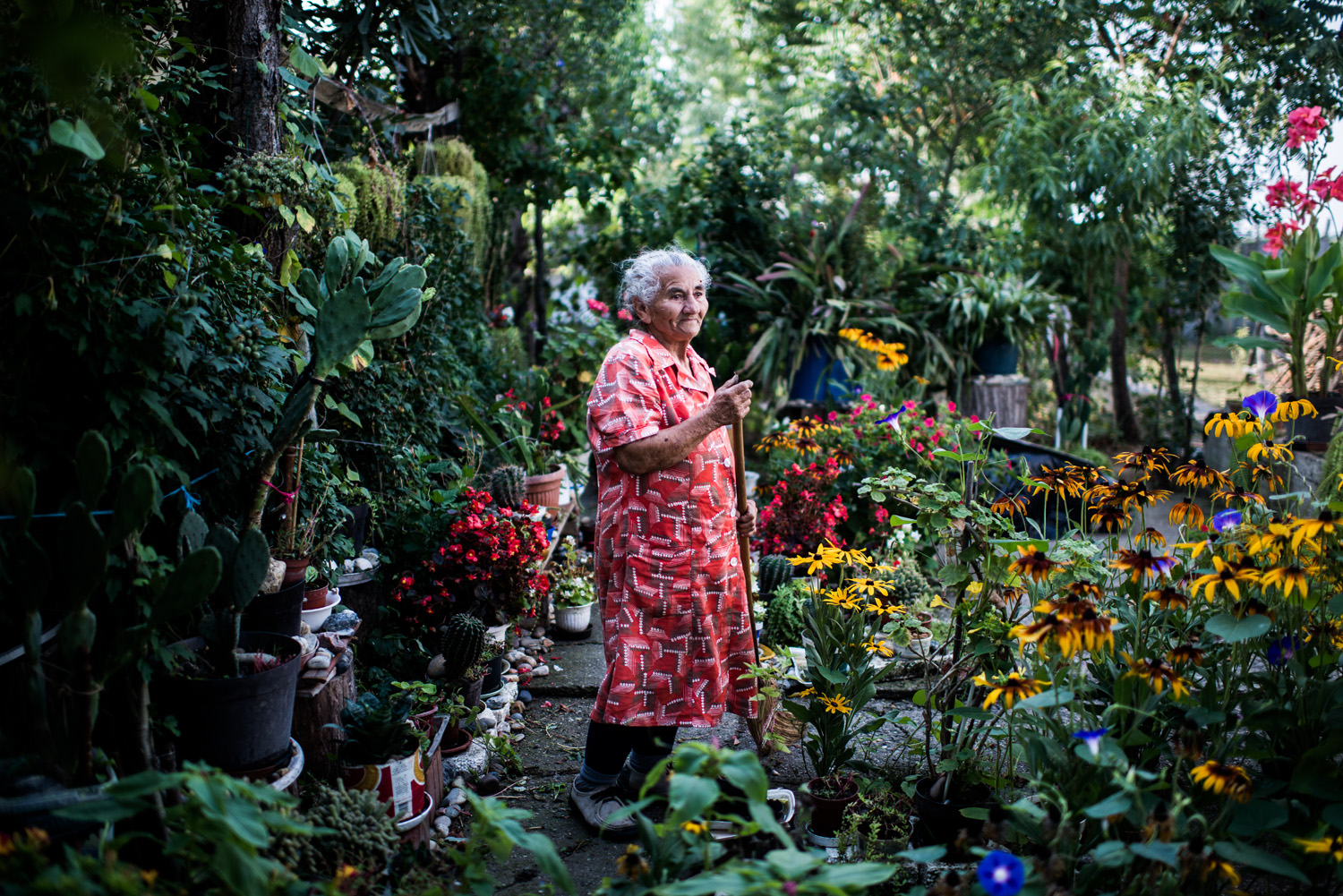 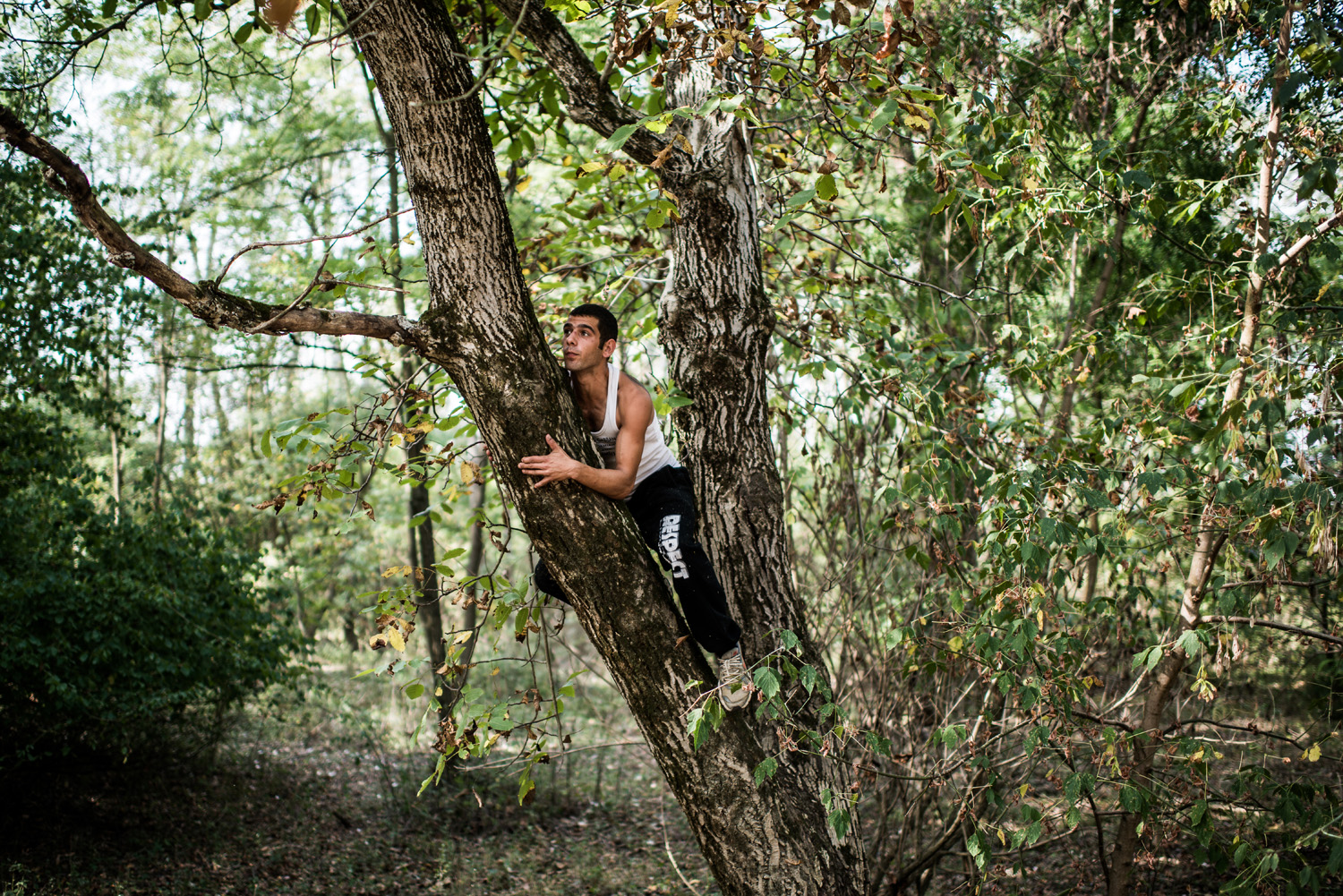 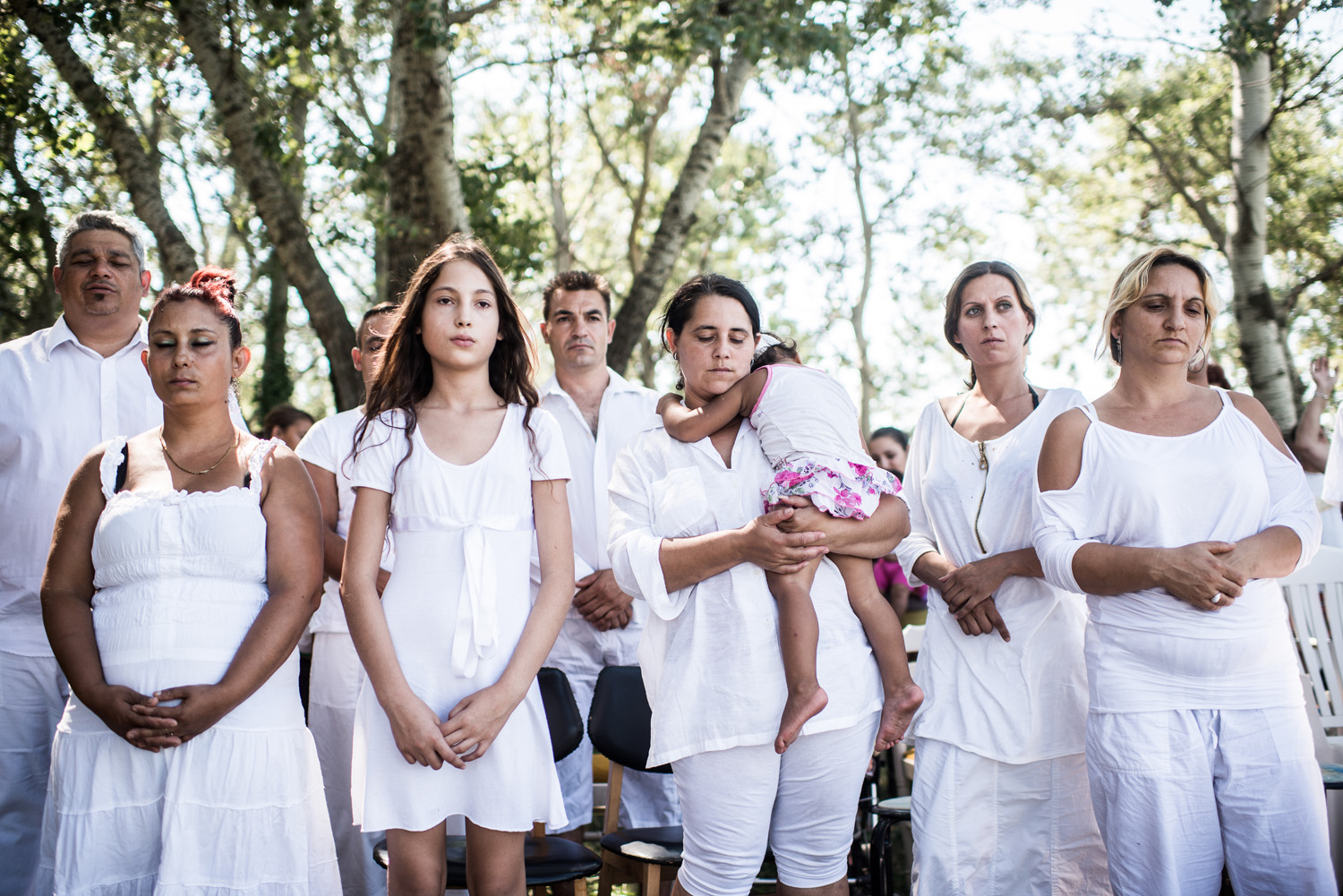 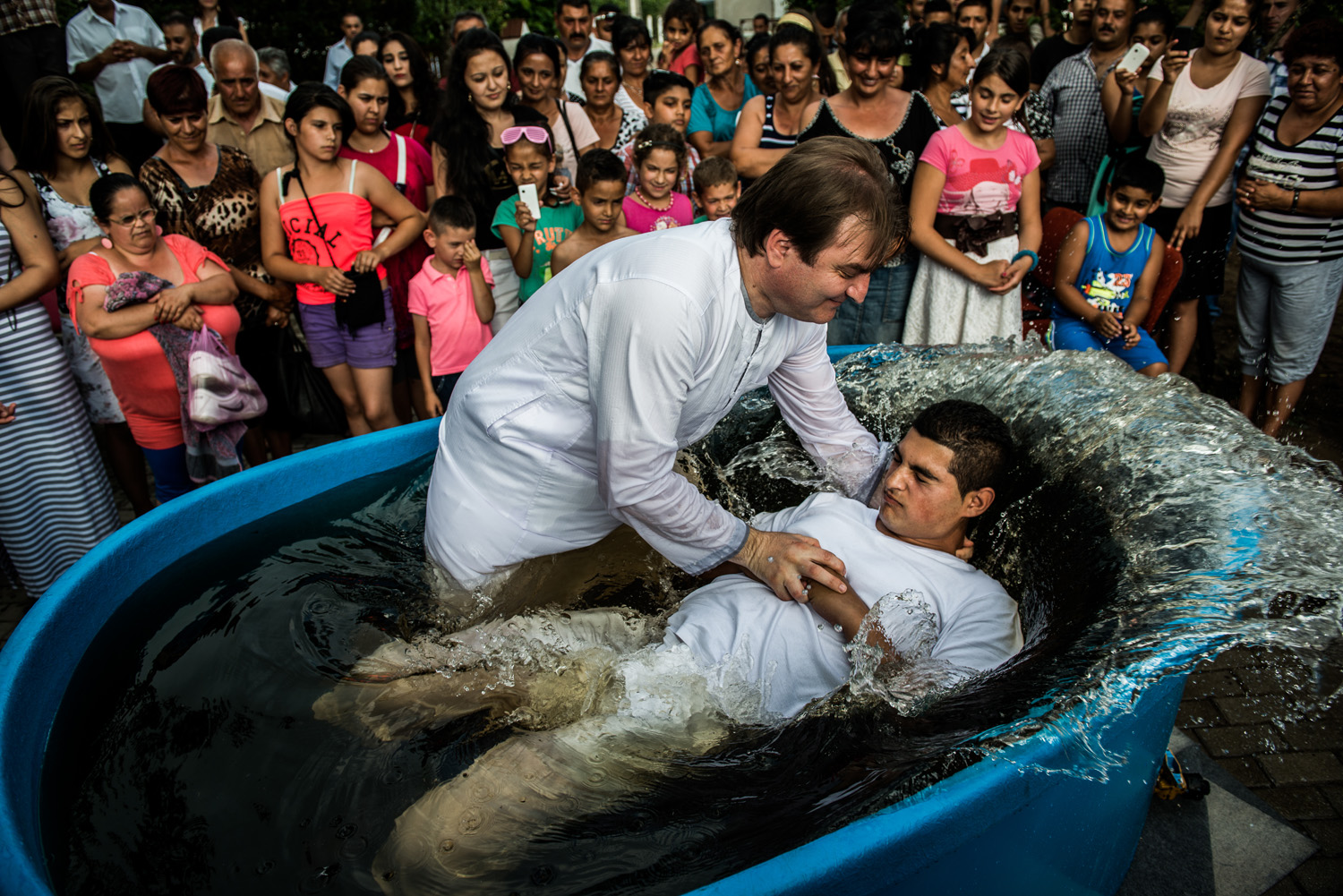 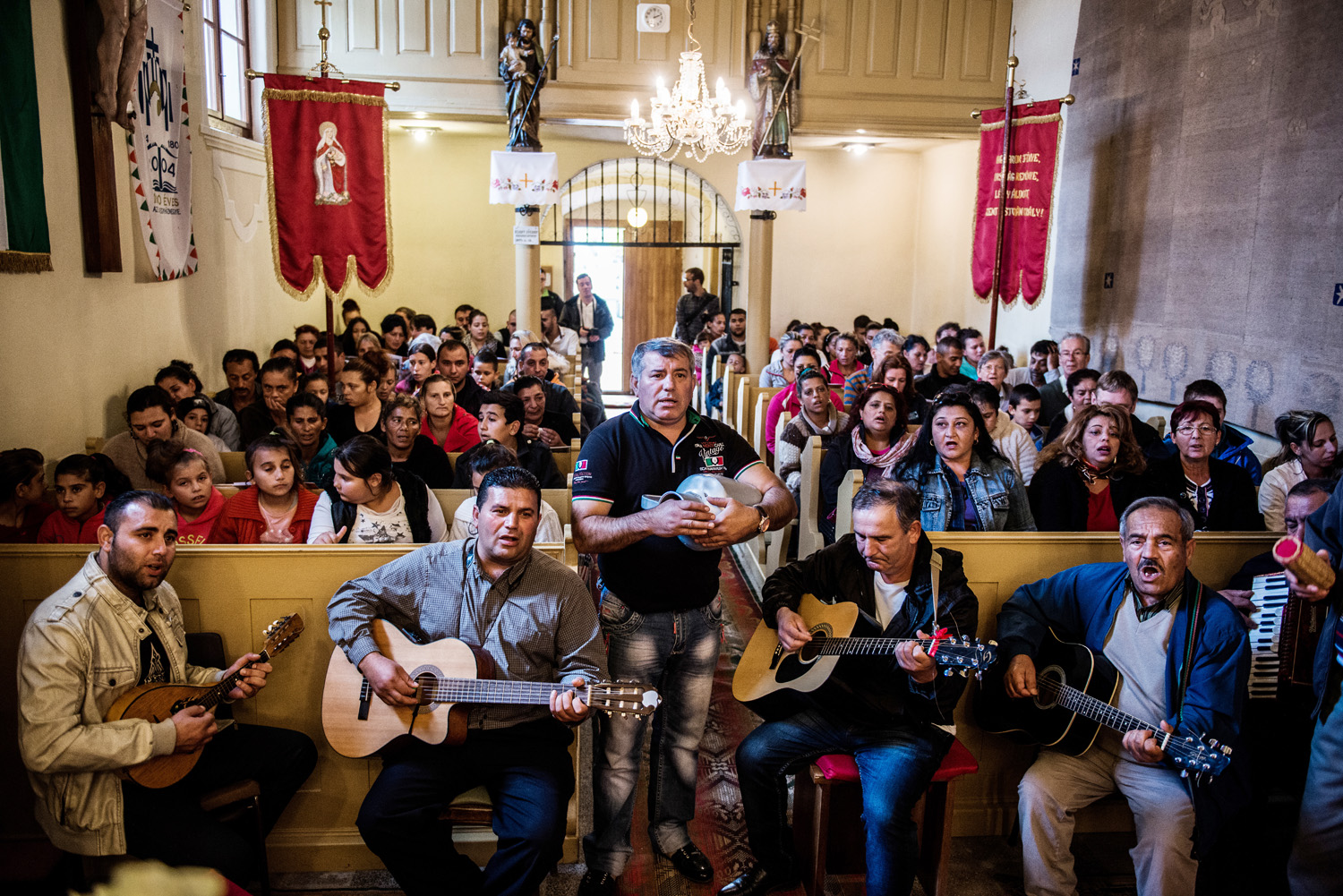 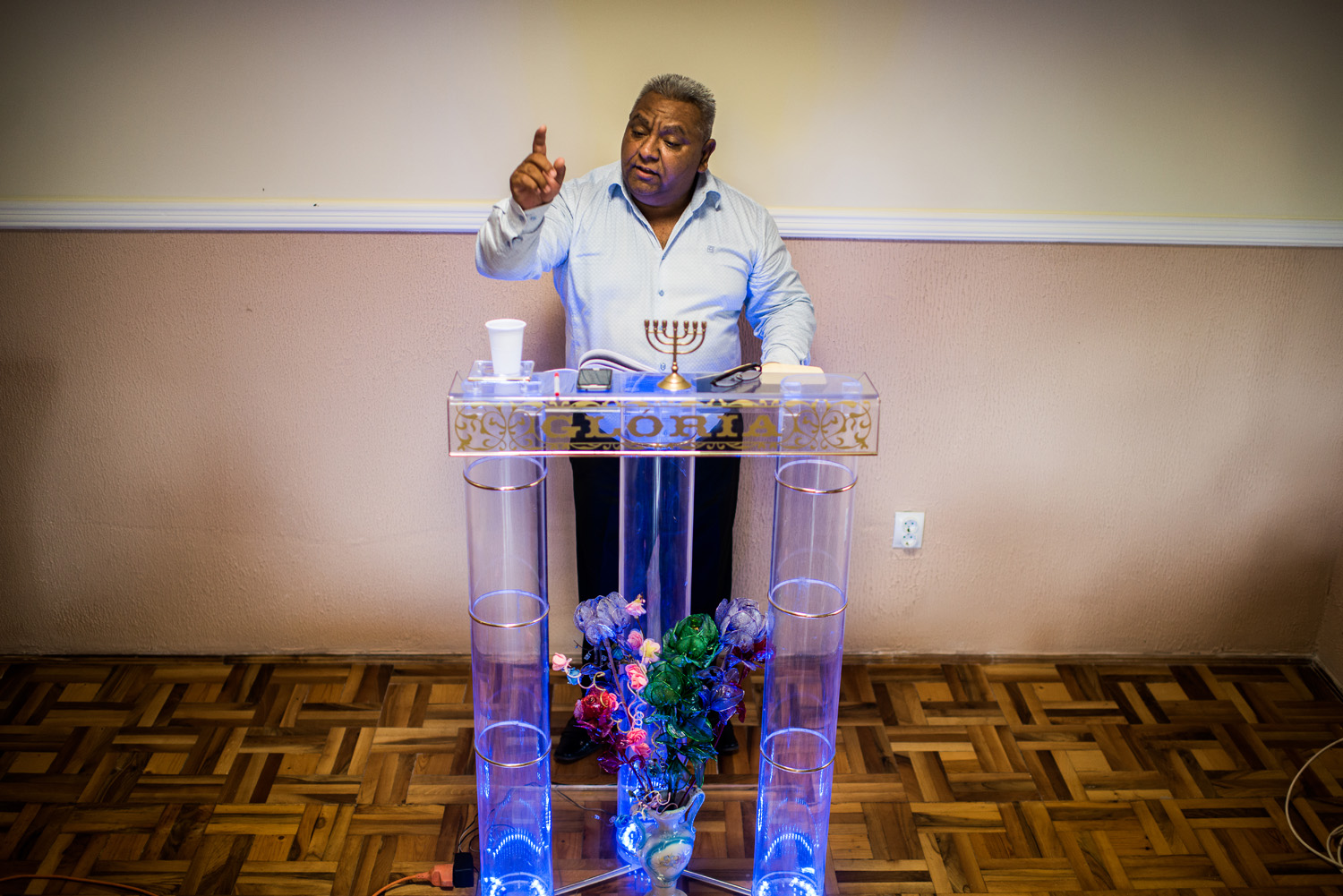 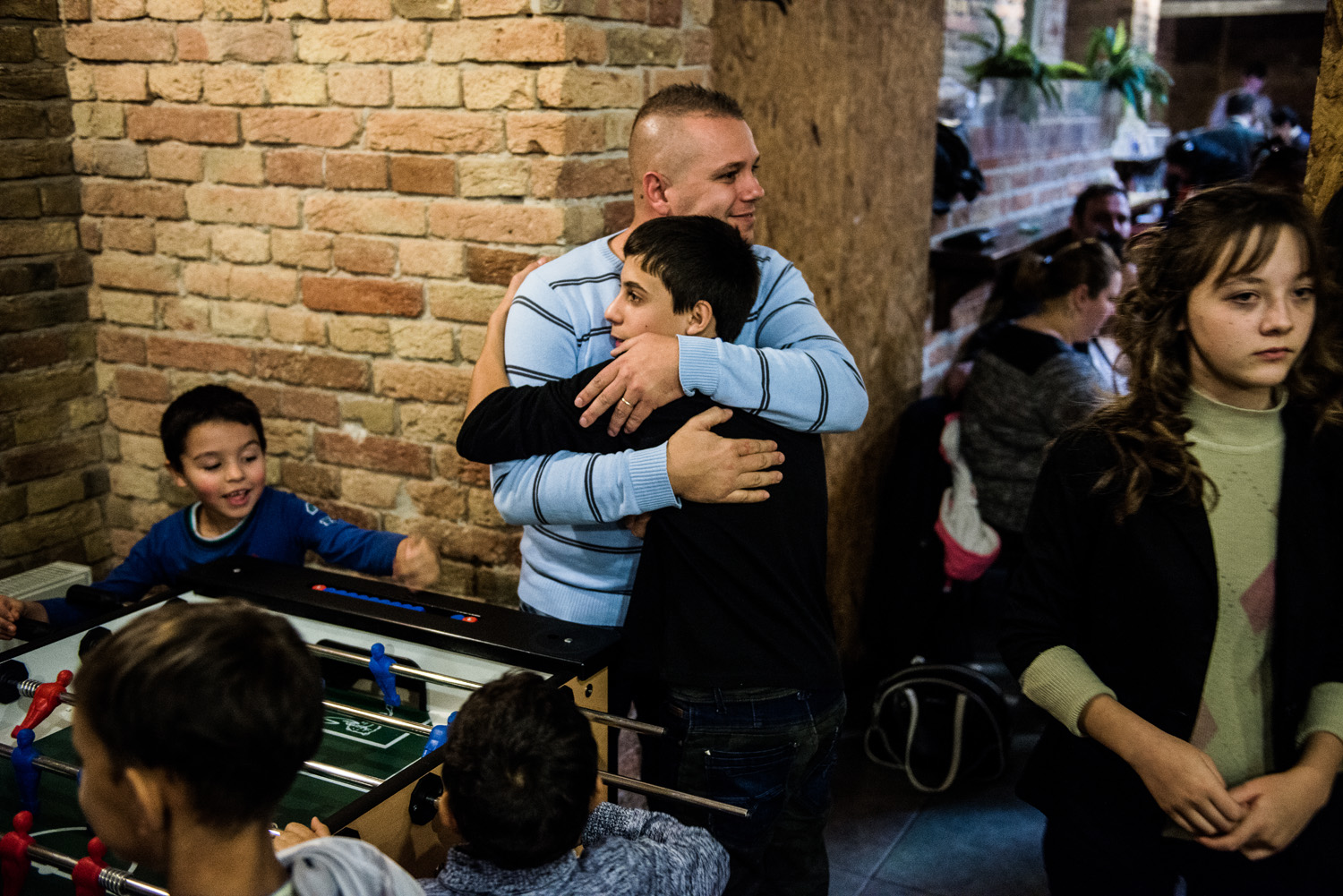 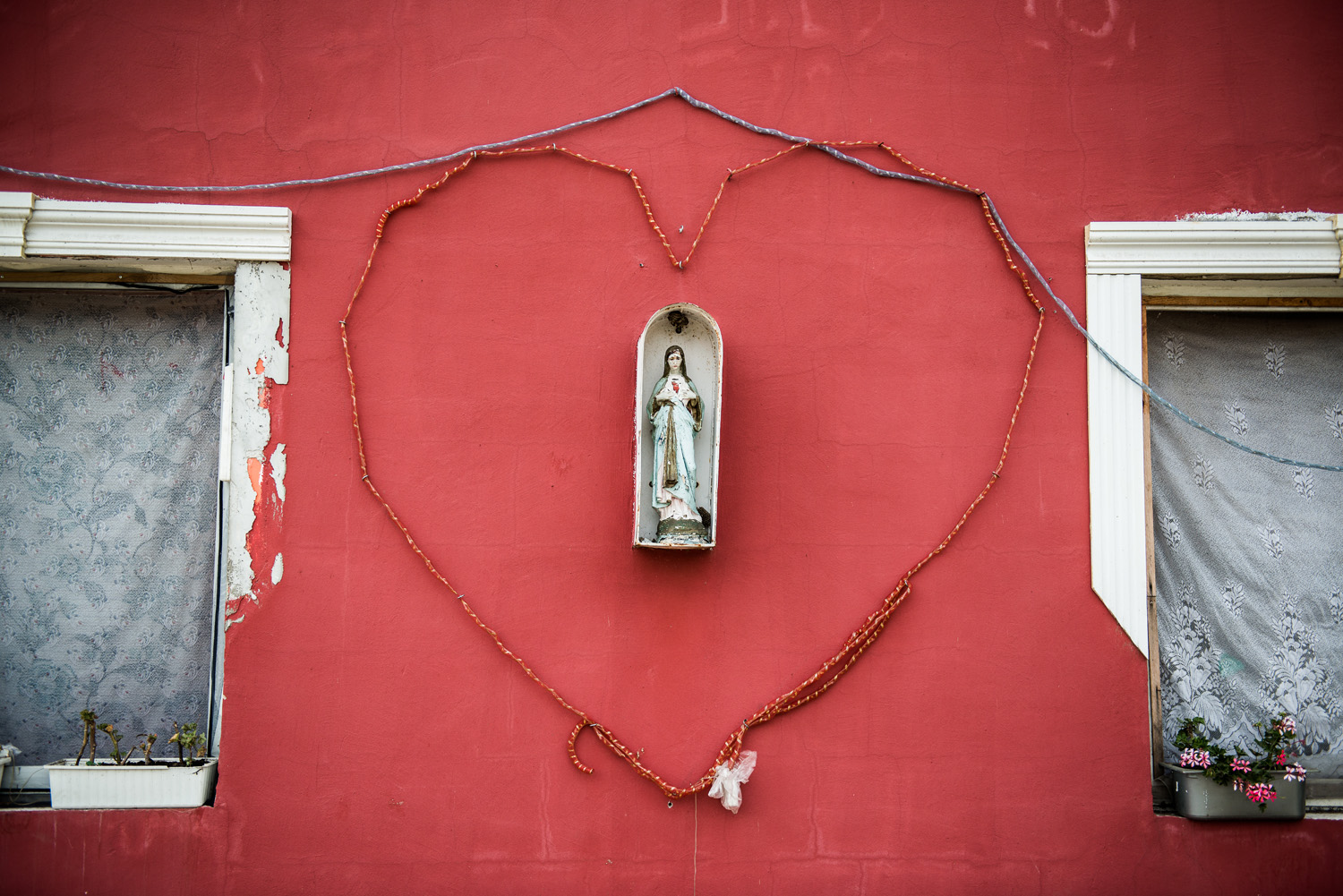 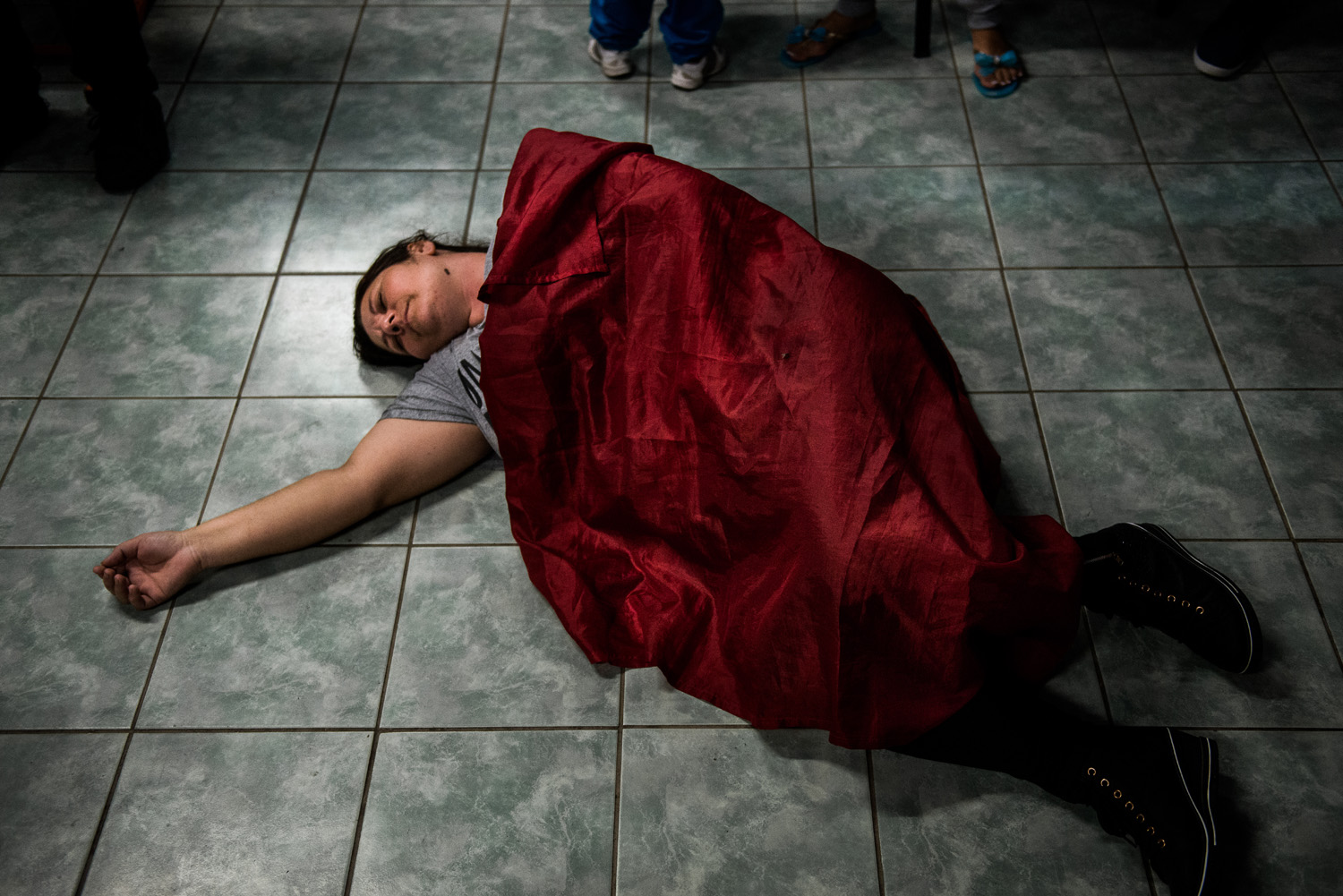 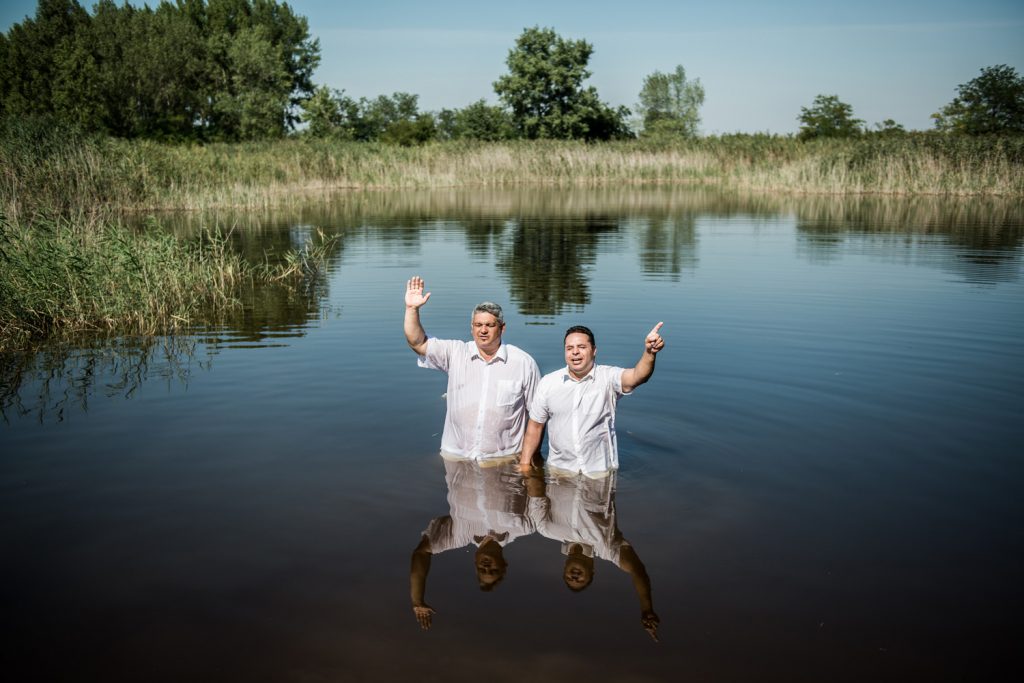 Pastors praying before immersion, near Horgos 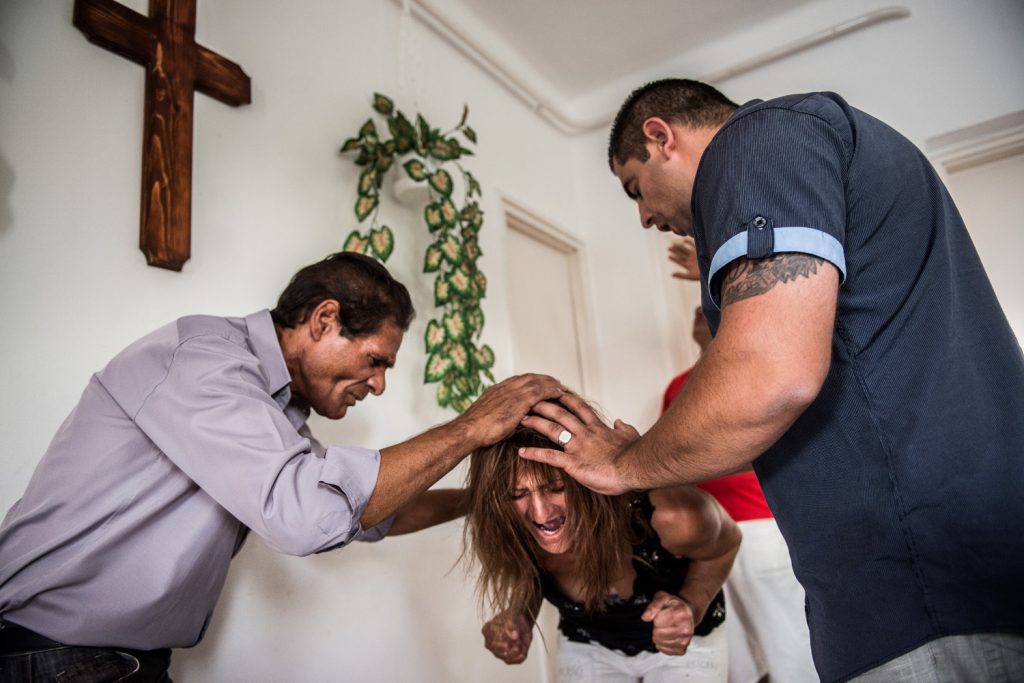 Exorcism, Taktaszada. The majority of new converts still believe in superstitions and such magical elements as a curse. 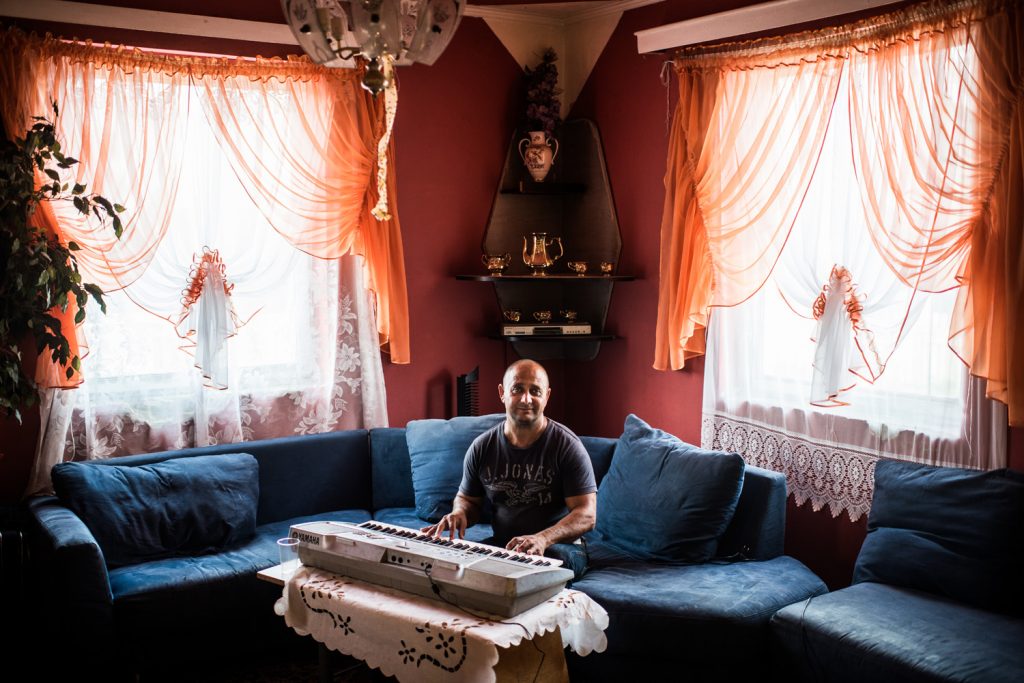 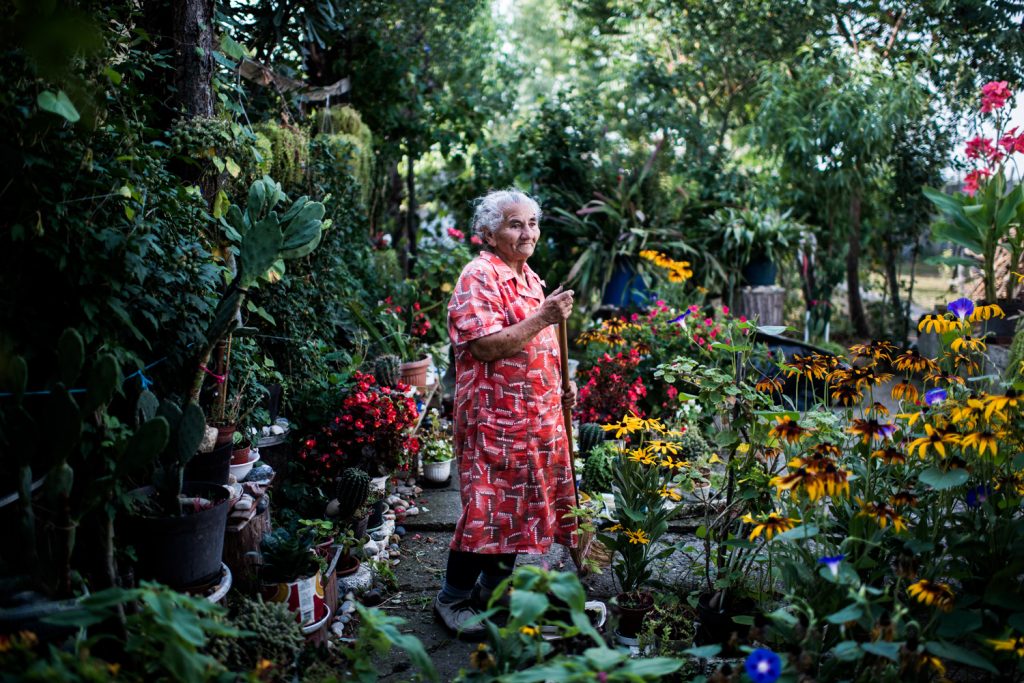 Dezsőné Kocze is the oldest Roma convert in Uszka, the village with a Roma majority, whose population had been converted by the Hungarian Free Christian Congregation back in the 80s. Since then the pub has closed in Uszka. 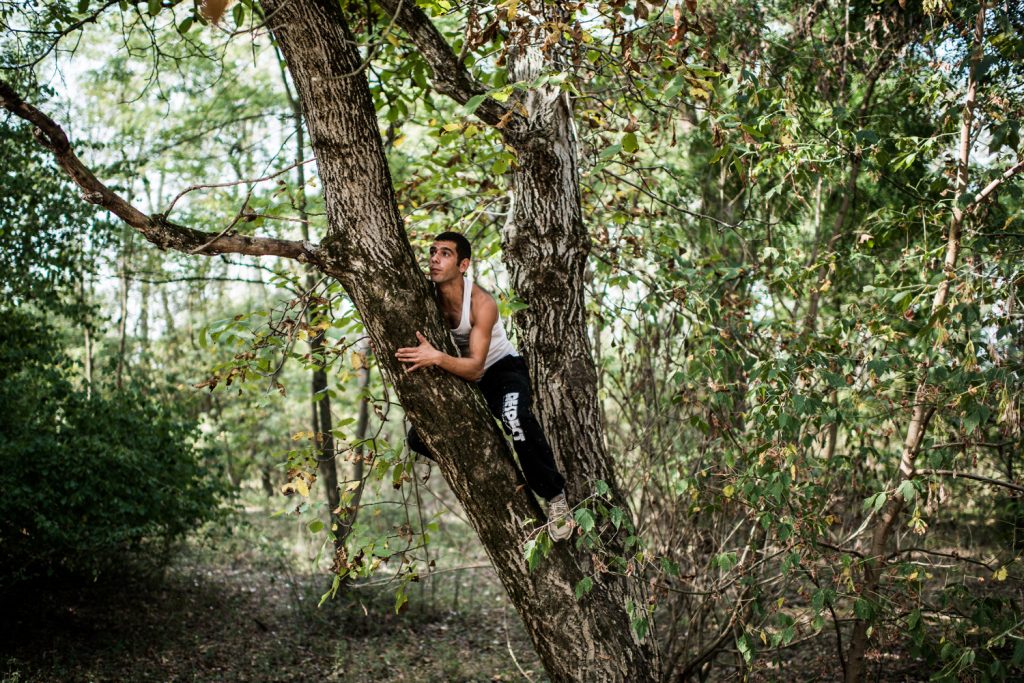 Orgovány picks wallnuts as a days work before the sunday mass near Uszka. Due to the high unemployment rate most of the people in Uszka are day labourers. 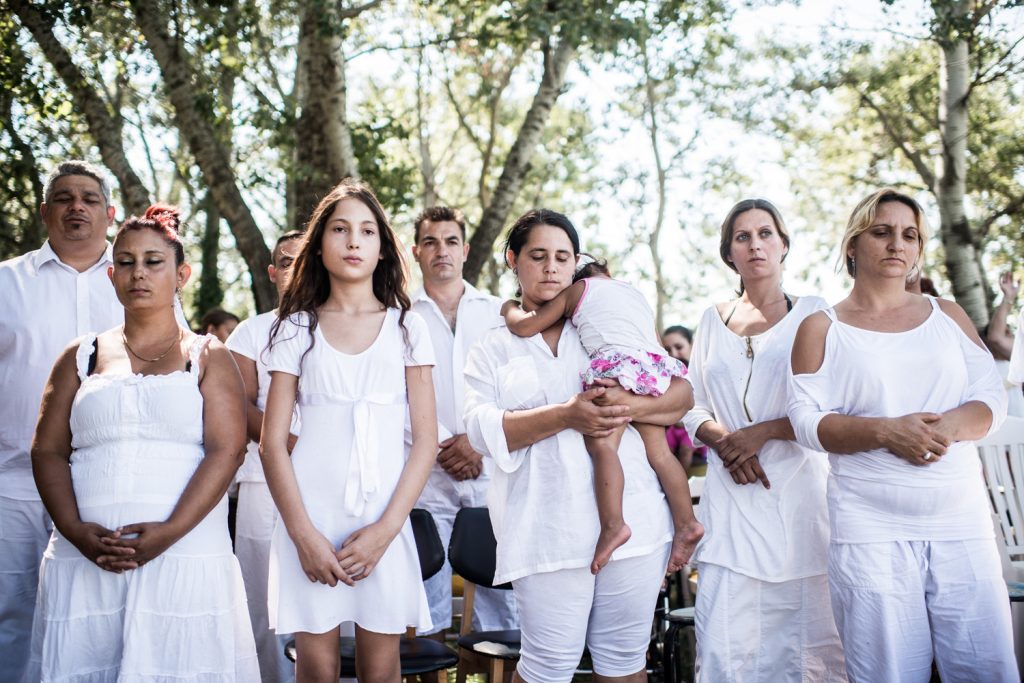 Converts waiting for immersion, near Horgos. 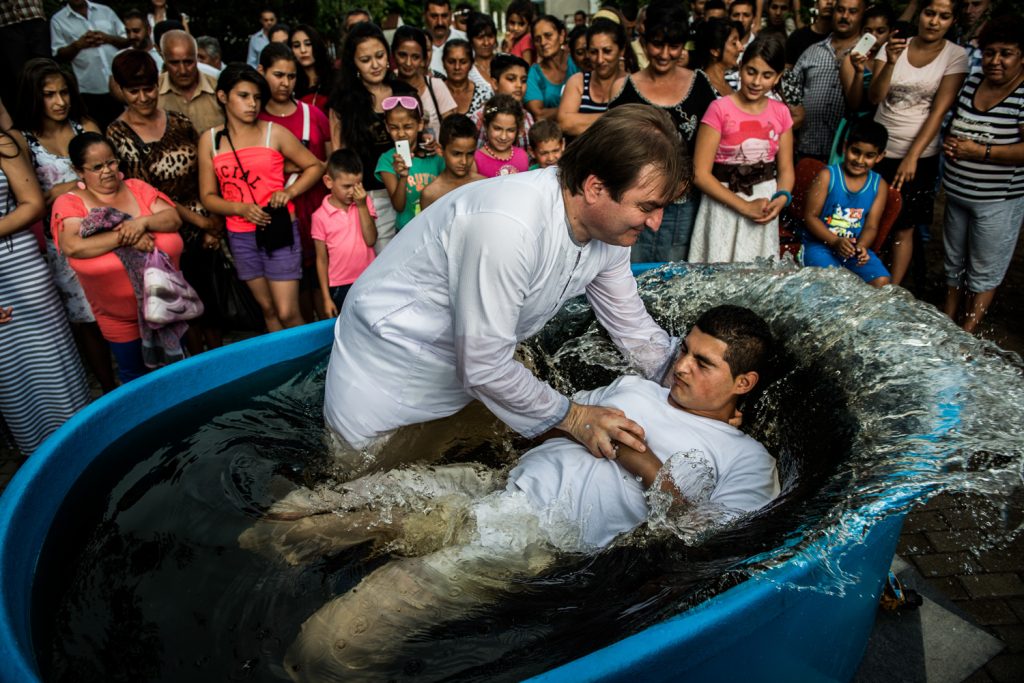 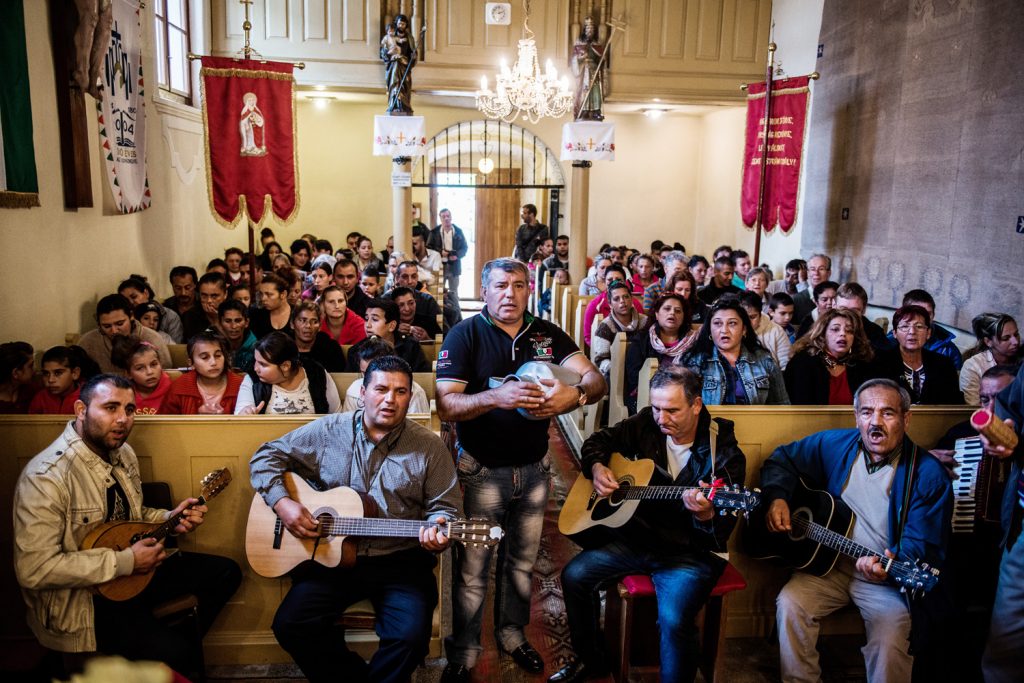 Mass of the Catholic Society of the Divine Word, Köröm. The goal of the gypsy mission is to make the Roma feel acceptance, love and forgiveness at the church, says Father Lourdu of India, leader of the congregation. 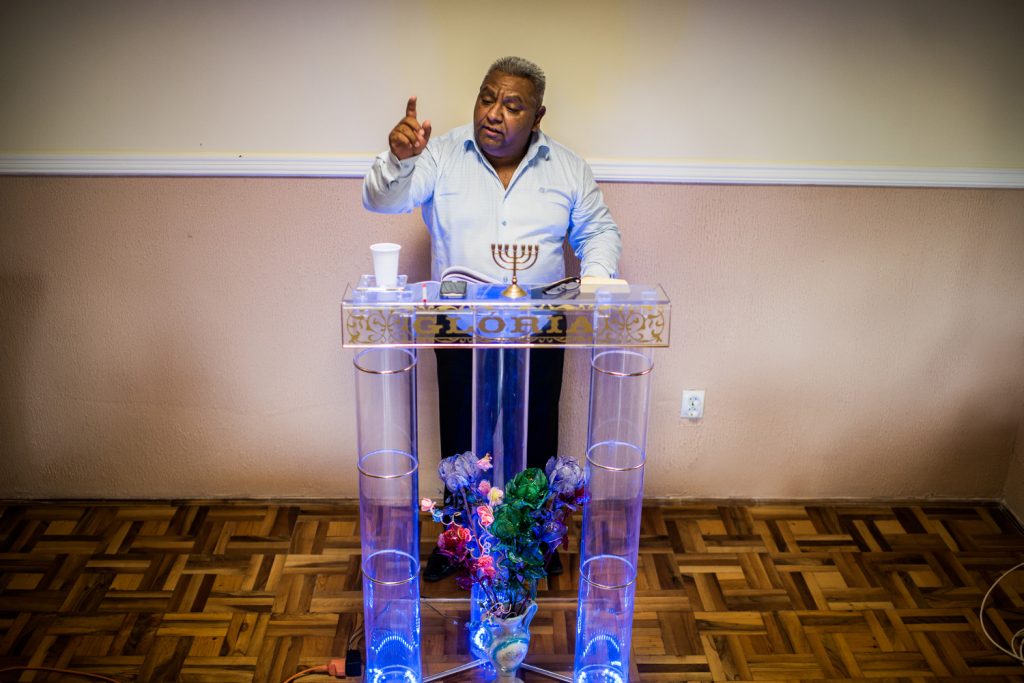 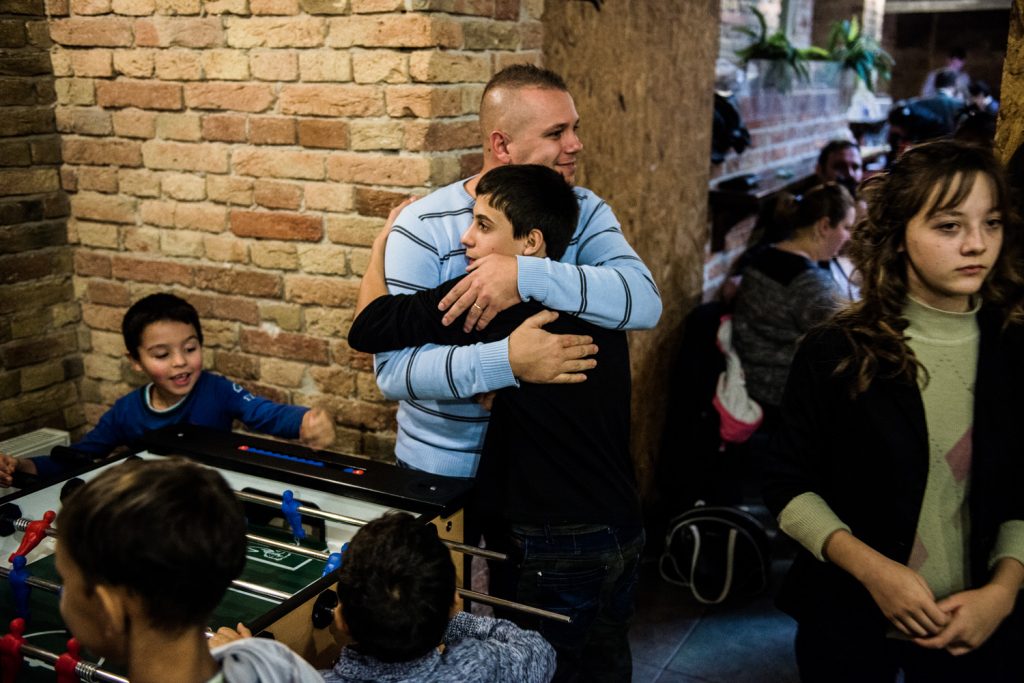 Kis Istvan is a former skinhead with a tattoo of the name of “Szálasi”, leader of the Hungarian post-war fascist party. He converts now Roma youth and preaches at the Congregation at the Pentecostal church in Békés. 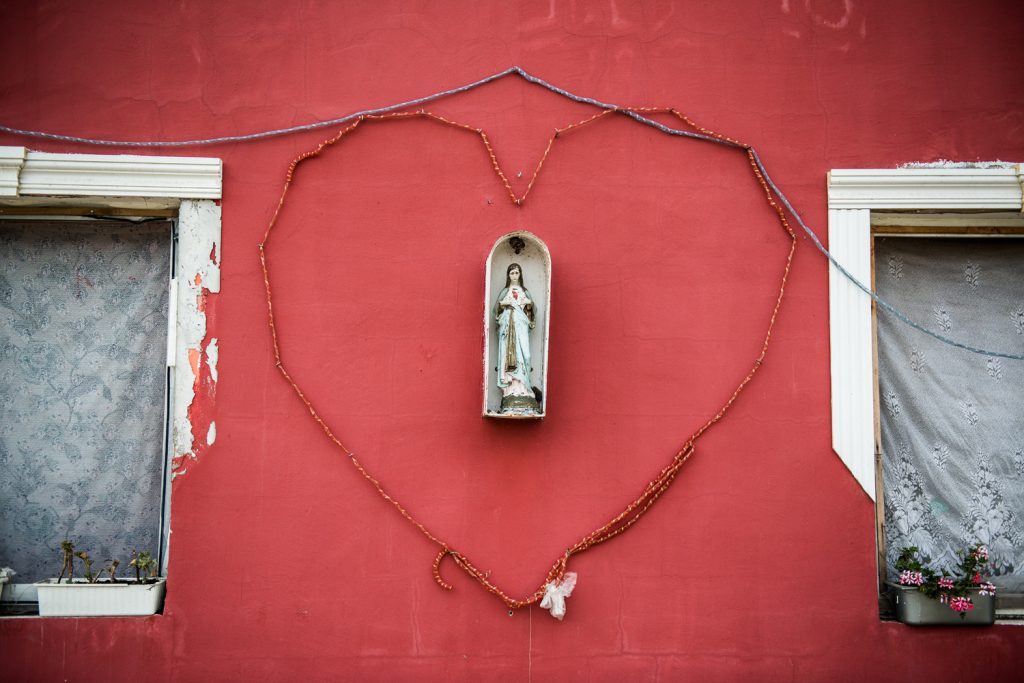 Statue of the Virgin Mary on the side of a house, Kompolt 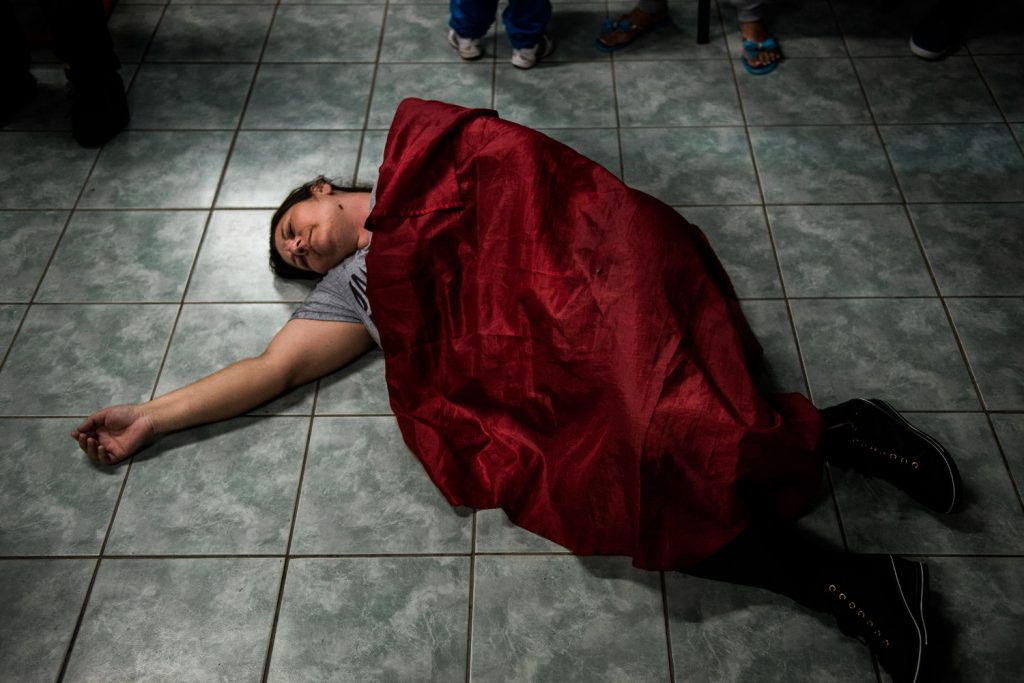 Dozens of small churches and even historical ones undertake pastorship for the Roma in Hungary, converting the poor, for whom often the only ray of hope is faith. More than eighty percent of the Roma who found faith mostly following the regime change attend charismatic congregations. The Pentecostal-Charismatic Movement is one of the most dynamically evolving Christian movements in developing countries. Typically popular in slums and poor neighbourhoods, the success of the movement lies, in the fact that they believe that the holy spirit can take effect through everybody.

The farmlands The Hungarian Voter