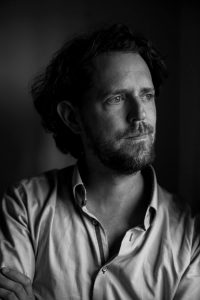 We are heartbroken to inform you that our colleague and friend, Simon Móricz-Sabján lost his life as a result of a tragic accident. He was 42.
Simon was the driving force of documentary photography in Hungary. He will remain one of the most outstanding creatives in the field. We are grateful for his contributions as a founding member of our collective.
Simon worked as a photojournalist at Népszabadság, a daily newspaper, until its closure in 2016. He continued his career as a photographer for Világgazdaság, a business newspaper publication.
A tireless creator, Simon was acutely aware of, and his work showed, his concern for the world around him.
He worked on several long-term projects. His ongoing work involved breathtaking series that spanned long periods of time. He believed in the power of making pictures and devoted himself to this profession. He won 43 Photo Press awards and his work was highly acclaimed both nationally and internationally. In the fall of 2022, he was awarded the Robert Capa Grand Prize for Árnyéksáv (Permanently Overcast), his photo series on life in Hungary’s Great Plain.
Next to his work and career, his family, his four young children, and his wife, Kati, meant the world to him. Spending time with them came above all else. He found the most important source of getting recharged in the moments with his family.
His desire for selfless giving inspired the foundation of Pictorial Collective, wanting to share and exchange professional experiences among its members. Simon knew we were more together than we could ever be apart. Now, with his passing, we are left feeling utterly alone with a void that cannot be filled. To be peers of such an incredible talent, even for a brief period of time, was a gift. We were fortunate to experience his kindness, his humble nature, and to laugh at his sense of humor, and best of all, to simply bask in the warmth of his presence. We have become richer because he was a part of our lives.
He will be with us forever.